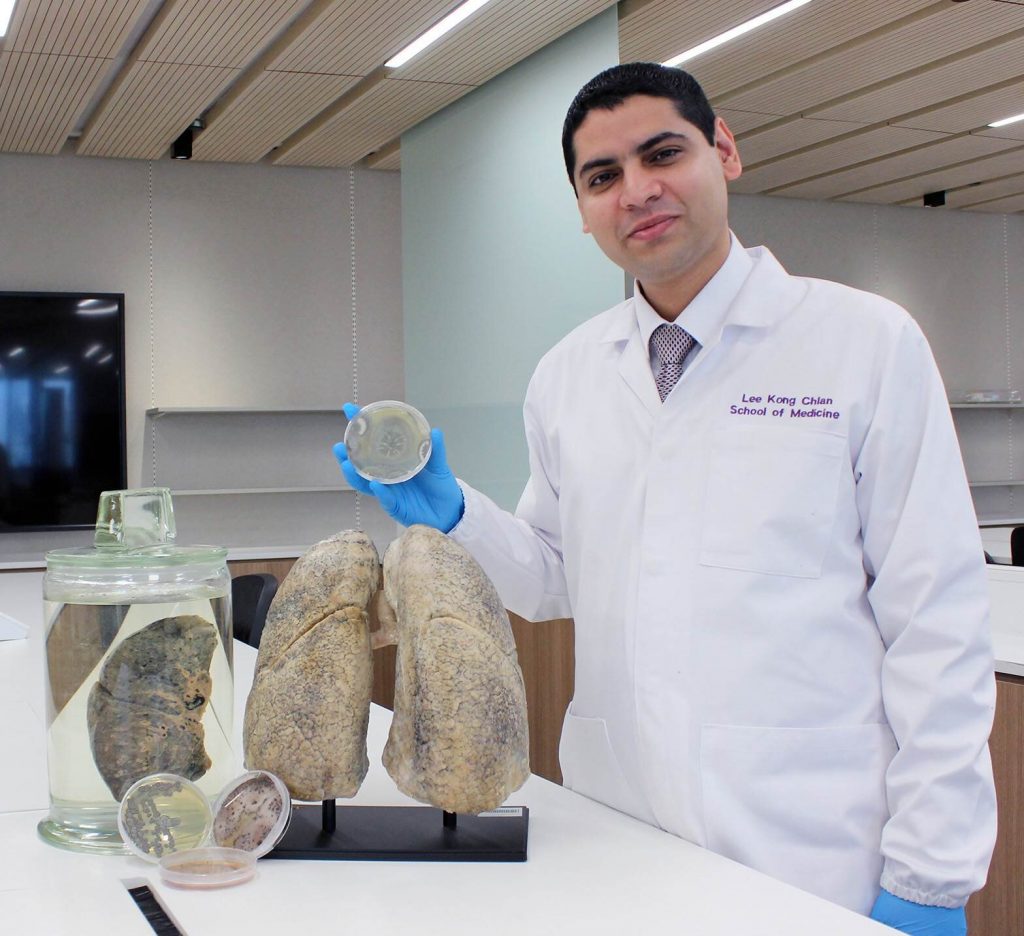 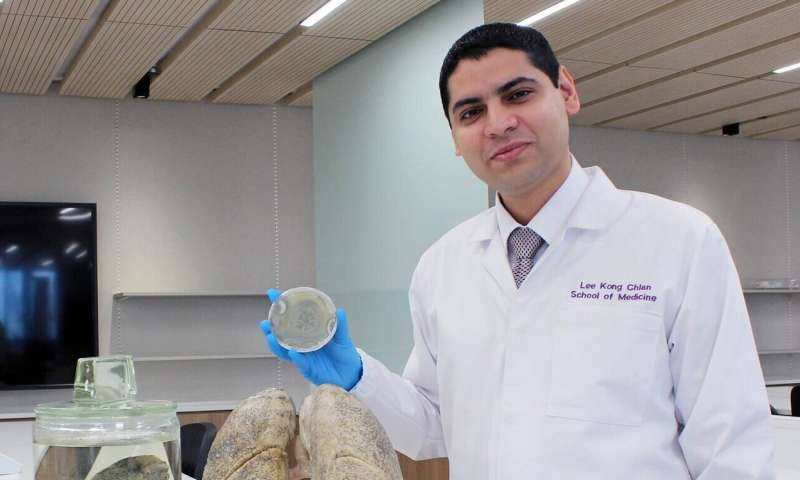 An international research team led by Nanyang Technological University, Singapore (NTU Singapore) has found that patients with the lung disease bronchiectasis also often display sensitivity to airborne allergens, and has highlighted the particular role that fungi appear to play.

Their discovery suggests that doctors should examine bronchiectasis patients for a range of allergies, since the treatment for allergies already exists and controlling them could prevent the bronchiectasis from worsening.

Bronchiectasis is a chronic disease in which parts of the airways have enlarged, due to irreversible damage to the lungs. Patients find it hard to cough out phlegm and are more prone to bacterial, viral or fungal infection. These complications can be fatal if left untreated, and the disease itself has no effective cure.

They assessed fungal infection in over 200 bronchiectasis patients from Singapore, Malaysia and Scotland. While previous bronchiectasis research focused on non-Asian populations, this new study matched patients in Asia (Singapore and Malaysia) to patients in Europe (Scotland) in terms of age, gender and the severity of bronchiectasis.

The matching of patients allowed researchers to control the influence of these factors and hence show that the types and causes of allergies associated with bronchiectasis vary across regions.

Asst Prof Chotirmall, NTU Provost’s Chair in Molecular Medicine, said, “We have found that bronchiectasis is often associated with allergic reactions to fungi and to the house dust mite. There are already existing treatments for these allergies, for example, steroids are commonly used to treat fungal allergy. Our finding is important for improving the quality of life of those with bronchiectasis, as currently there are no licensed treatments for it.”

While there is no data on the prevalence of bronchiectasis in the Singapore population, the disease sometimes coexists with chronic obstructive pulmonary disease (COPD).

Published studies elsewhere showed that globally, bronchiectasis among COPD patients can range between 4 percent and 69 percent. According to data from Singapore’s Ministry of Health website, COPD ranked 10th among principal causes of death in 2017.

Although allergy is well studied in respiratory diseases such as asthma, the link to bronchiectasis has been confined to patients in single locations and in smaller cohort sizes. In addition, while the genetic makeup of bacteria or viruses is well-known, few have looked at the DNA sequencing of the fungal community in bronchiectasis patients, which was performed for the first time by the same group of authors from Singapore and published in the European Respiratory Journal in July 2018.

The NTU-led study compared over 100 patients each from two regions. Bronchiectasis patients in Singapore and Malaysia showed greater sensitivity to the house dust mite and major allergens of the species Aspergillus fumigatus, while patients from Scotland showed greater sensitivity to the minor allergens of Aspergillus fumigatus. A major allergen refers to a specific protein of the fungus where a detected allergy is more common, and a minor allergen is one where the allergy it causes is less common.

Asst Prof Chotirmall said, “It is clear that we need to understand our local diseases better, as our research findings clearly illustrate that Asian patients with bronchiectasis are different to those seen in other countries. By understanding such differences, we can tailor our treatment appropriately.”

Associate Professor John Arputhan Abisheganaden, Head of Department, Respiratory and Critical Care Medicine, Tan Tock Seng Hospital, Singapore, a co-author of both studies, said, “These findings may change the way we treat patients with bronchiectasis. In Tan Tock Seng Hospital, we manage about 30 existing and new cases each week in our clinics. The high prevalence of allergen sensitisation found will help us focus on environmental factors and therapeutic interventions in the appropriate patients. This will also allow us better categorisation of our patients.”

An example of intervention, if patients are found to be allergic to the house dust mite, would be to reduce house dust mite in their home, through measures such as using allergen-proof bed covers, or regular vacuuming.

Assistant Professor Pamela McShane, who specialises in bronchiectasis research at the University of Chicago and who is not part of either study, said, “Dr. Chotirmall’s research presents a novel approach to elucidating bronchiectasis pathophysiology. The data adds additional dimensions to the traditionally accepted paradigm of acquisition of the disease by revealing allergic mechanisms as a pathway by which patients develop bronchiectasis. Furthermore, it has the potential to provide a basis for new therapies that may be effective in bronchiectasis management.”

The research, spanning over 30 months, was funded by a Transition Award from Singapore Ministry of Health’s National Medical Research Council, which Asst Prof Chotirmall received in 2016.

The research is also part of The Academic Respiratory Initiative for Pulmonary Health (TARIPH), a research initiative by LKCMedicine with local and international partners that aims to improve the lung health of Singaporeans.