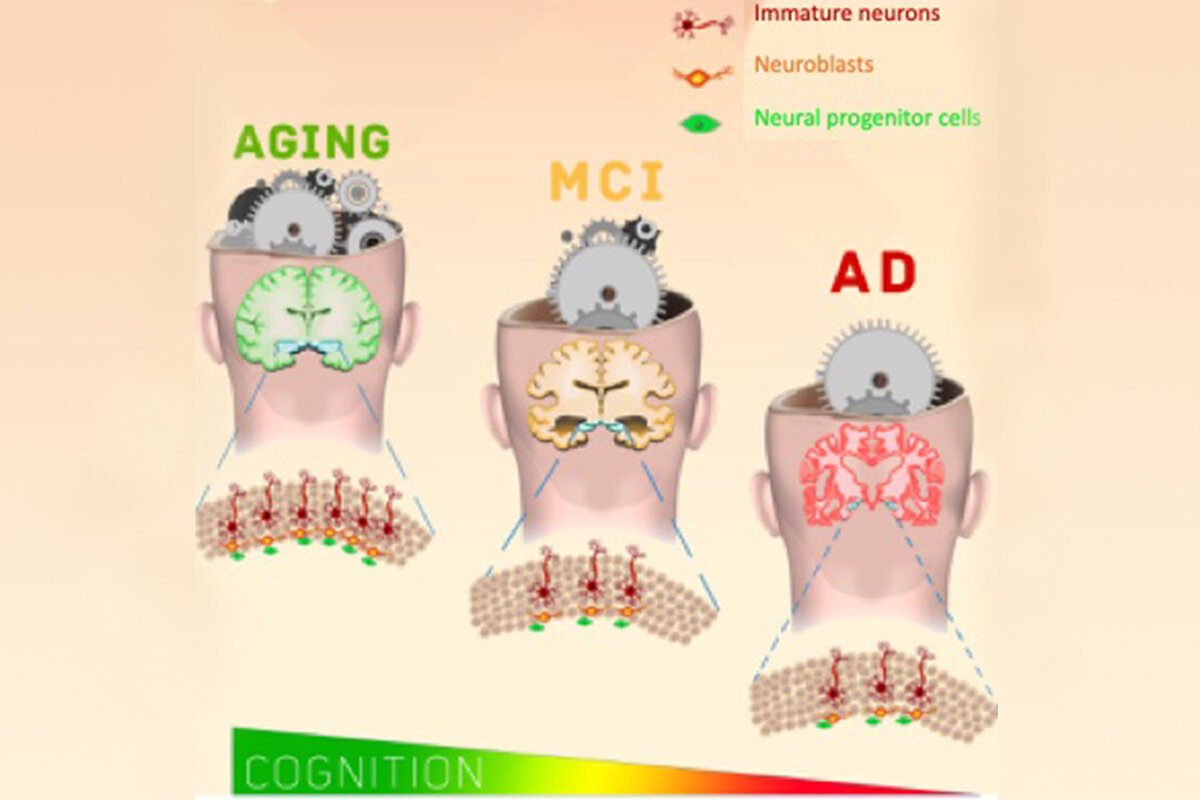 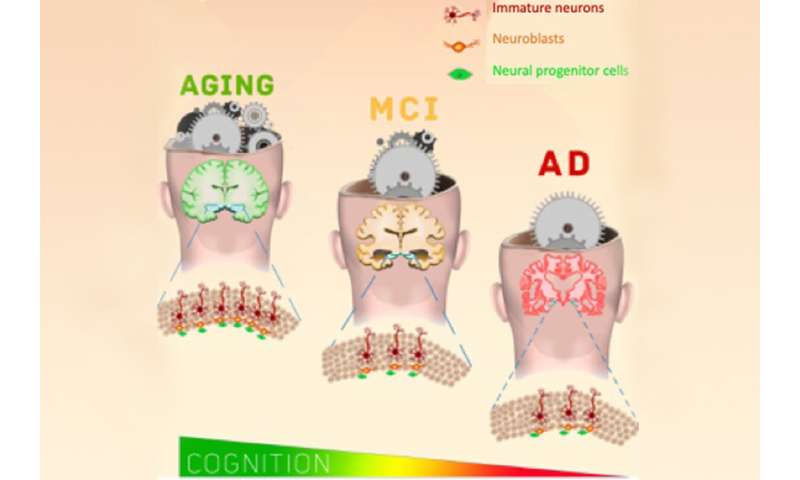 In a new study from the University of Illinois at Chicago, researchers examining post-mortem brain tissue from people ages 79 to 99 found that new neurons continue to form well into old age. The study provides evidence that this occurs even in people with cognitive impairment and Alzheimer’s disease, although neurogenesis is significantly reduced in these people compared to older adults with normal cognitive functioning.

They publish their results in the journal Cell Stem Cell.

The idea that new neurons continue to form into middle age, let alone past adolescence, is controversial, as previous studies have shown conflicting results. The UIC study is the first to find evidence of significant numbers of neural stem cells and newly developing neurons present in the hippocampal tissue of older adults, including those with disorders that affect the hippocampus, which is involved in the formation of memories and in learning.

“We found that there was active neurogenesis in the hippocampus of older adults well into their 90s,” said Orly Lazarov, professor of anatomy and cell biology in the UIC College of Medicine and lead author of the paper. “The interesting thing is that we also saw some new neurons in the brains of people with Alzheimer’s disease and cognitive impairment.” She also found that people who scored better on measures of cognitive function had more newly developing neurons in the hippocampus compared to those who scored lower on these tests, regardless of levels of brain pathology.

Lazarov thinks that lower levels of neurogenesis in the hippocampus are associated with symptoms of cognitive decline and reduced synaptic plasticity rather than with the degree of pathology in the brain. For patients with Alzheimer’s disease, pathological hallmarks include deposits of neurotoxic proteins in the brain.

“In brains from people with no cognitive decline who scored well on tests of cognitive function, these people tended to have higher levels of new neural development at the time of their death, regardless of their level of pathology,” Lazarov said. “The mix of the effects of pathology and neurogenesis is complex and we don’t understand exactly how the two interconnect, but there is clearly a lot of variation from individual to individual.”

Lazarov is excited about the therapeutic possibilities of her findings.

“The fact that we found that neural stem cells and new neurons are present in the hippocampus of older adults means that if we can find a way to enhance neurogenesis, through a small molecule, for example, we may be able to slow or prevent cognitive decline in older adults, especially when it starts, which is when interventions can be most effective,” Lazarov said.

Lazarov is interested in finding out whether the new neurons she and her team discovered in the brains of older adults are behaving the way new neurons do in younger brains.