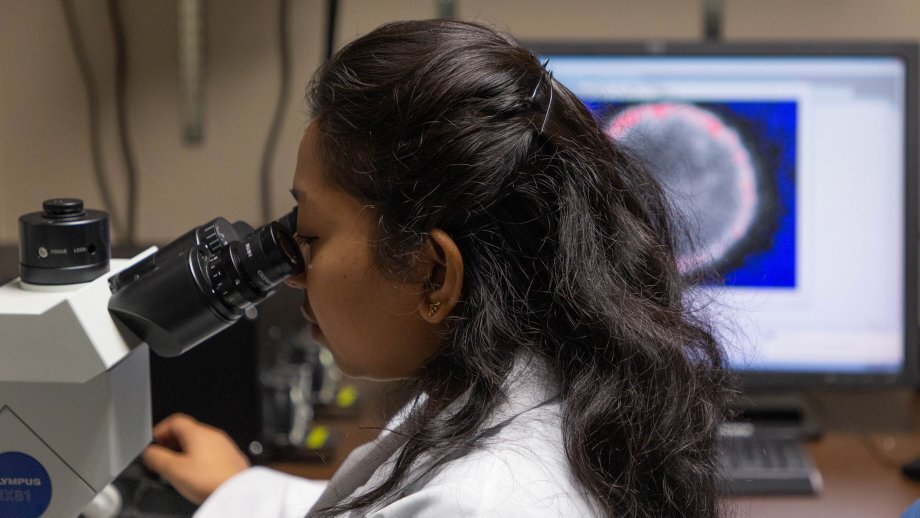 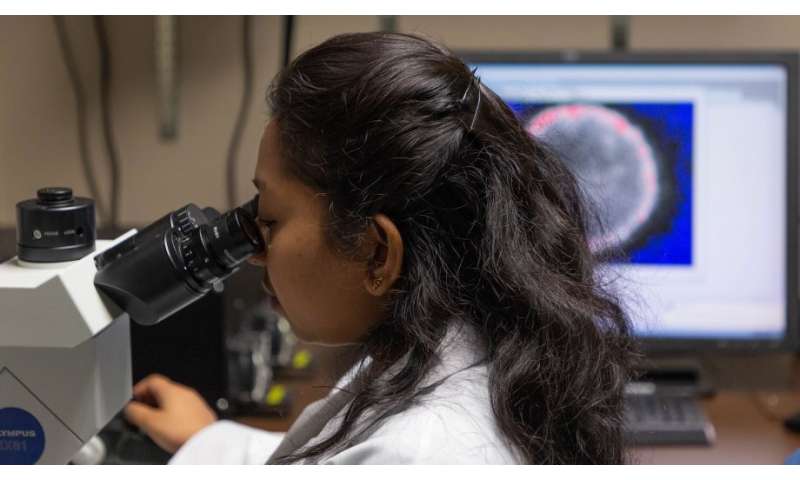 Scientists have known for decades that electrical stimulation promotes healing of chronic wounds, such as diabetic ulcers and bedsores, but how it happens has been a mystery—until now.

“Electrical stimulation is directing the cells to promote migration toward the center of the wound,” said Assistant Professor Mark Messerli of the South Dakota State University Department of Biology and Microbiology in the College of Natural Sciences. Messerli and his team developed a tool that predicts how cellular migration and alignment happens. This research appears in the June issue of the Journal of Theoretical Biology.

In the clinic, electrical stimulation can speed healing of chronic wounds, defined as injuries to the skin that do not heal within 30 days, and has been used to treat wounds that have existed for as long as a year, Messerli explained. In addition to healing wounds, electrical stimulation promotes the attachment of skin grafts, improving outcomes for burn victims.

However, there is no standardized treatment, Messerli noted. “A patient can walk into a different clinic and get an entirely different treatment for the same wound. We cannot standardize or optimize treatments unless we know how electrical stimulation promotes healing.”

Chronic wounds of the skin tend to afflict the elderly and diabetic patients. Nearly 15% of Medicare recipients experience chronic wounds, resulting in an estimated $28.1 to $31.7 billion in health-care costs per year, according to a 2017 study based on a 2014 Medicare dataset. As more baby boomers reach retirement age, the number of patients and the health-care costs will continue to rise.

Furthermore, learning how electricity stimulates wound healing can provide some of the knowledge needed to grow organs. “Wound healing leads us to tissue engineering,” Messerli said. “It’s like building a brick wall. The bricks must be carefully aligned and spaced with mortar to make a structurally sound wall. Similarly, cells must be carefully aligned and assembled for a human organ to function properly.”

The study was supported by the Eugene and Millicent Bell Fellowship Fund in Tissue Engineering and the U.S. Department of Agriculture Hatch funding through the South Dakota Agricultural Experiment Station at SDSU. One SDSU doctoral student and one master’s student worked on the project. 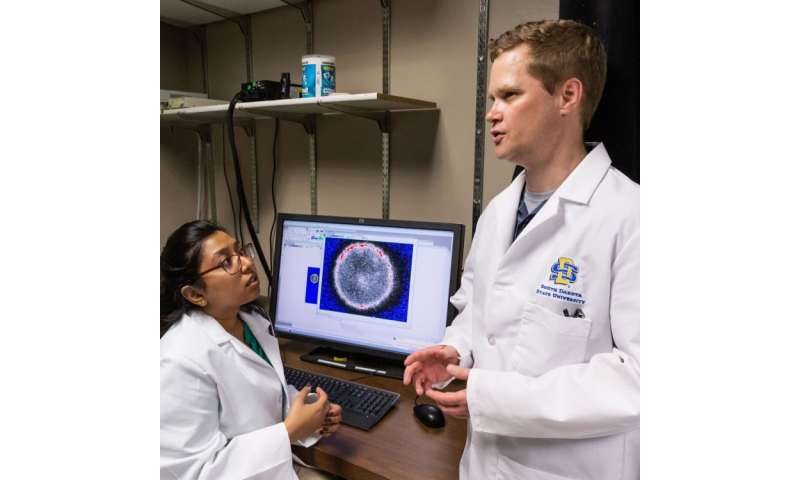 Scientists know that very weak electrical fields polarize cells and cause them to migrate or grow toward one of the electrical poles, he explained. “Tissue and organ function is based on cellular polarity—we need this cellular organization to have a functional organ.”

The researchers used a combination of mathematical modeling, fluorescence imaging and bioinformatics tools to develop a model that predicts how these proteins will redistribute in the plasma membrane. “About 30% of the proteins in the human genome are in the plasma membrane, but up to this point, fewer than 10 proteins have been associated with electrically induced cellular polarity,” Messerli said.

After tracking the redistribution of a known protein, the researchers used the model to predict how proteins, identified by other research groups, would behave. “The model came very close to predicting the results from earlier experiments,” he said. The predictive tool will help researchers identify proteins that are critical to the electrical polarization of other cell types and optimize wound repair using electrical stimulation.

Advancing from skin to organs

By understanding how electrical stimulation promotes wound healing and skin graft attachment, the researchers are unraveling how to rebuild tissues and organs. “We start with skin, a two-dimensional organ,” Messerli said, “but the goal is eventually to use patients’ own cells to build three-dimensional organs that their bodies will not reject.