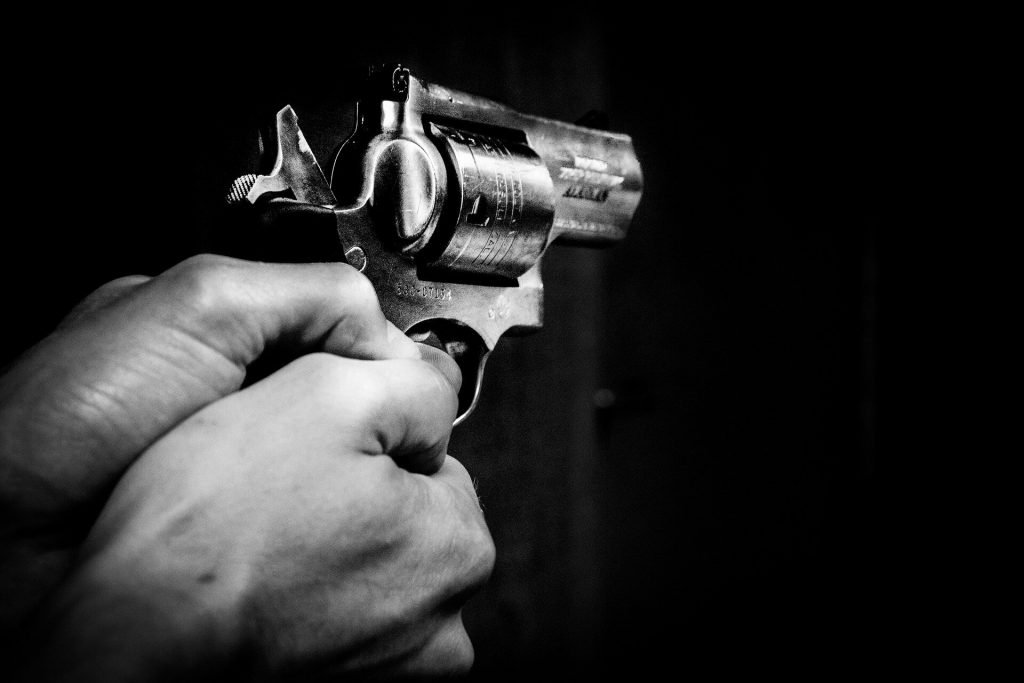 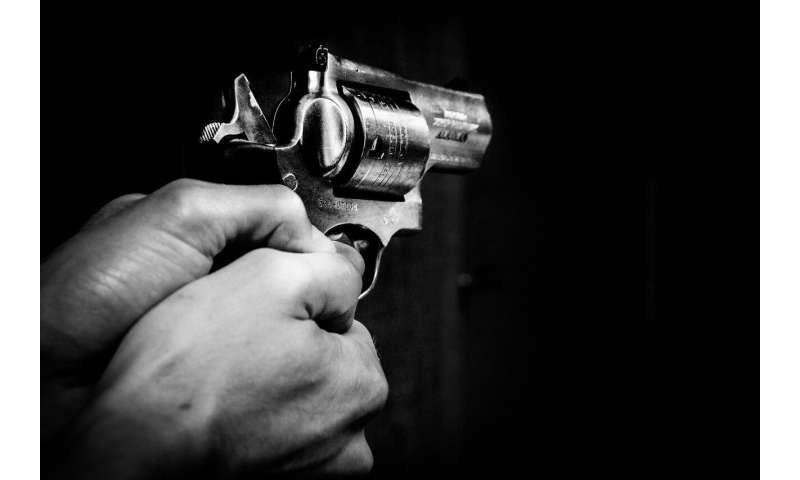 A new Arizona State University study has found that boys whose parents were less involved and communicative with them during childhood were significantly more likely to carry a gun during their teen years.

The long-term study, posted in the journal Pediatrics today, followed 503 boys over 13 years and found that boys whose parents were less engaged were more likely to associate with delinquent peers and that, in turn, increased their risk of carrying a gun.

“One of the things that we were thinking about before we did the study was that parenting has been shown in studies to predict all these other kinds of adolescent problems and violence, but not specifically gun carrying,” said Jordan Beardslee, an assistant research professor in the School of Criminology and Criminal Justice at ASU, who is the primary investigator of the study.

The key finding is that poor parenting engagement leads to other behaviors that lead to gun carrying, according to Dustin Pardini, an associate professor in the School of Criminology and Criminal Justice who was on the research team.

“We know from this study that early family factors are important, but there has to be a cascade of events that leads up to the actual carrying behavior,” he said.

“It’s because it sets the stage for the kid engaging in early conduct problems that are not seriously delinquent, like physical fighting, and beginning to affiliate with other kids that are engaged in similar deviant behaviors. That leads to this transition in early adolescence to more serious delinquencies, which also includes carrying a firearm illegally.”

Few studies have examined the relationship between parenting and gun carrying in adolescents, which is illegal in every state. Yet more than 7,000 young people were seriously injured or killed by firearms each year from 2012 to 2014 in the United States, according to a 2017 study that also was published in Pediatrics. Boys are more than four times more likely to be shot to death than girls, and African-American youths have the highest rates of firearm mortality, that analysis found.

The new ASU research is also unique because of the extraordinary data set, acquired through the groundbreaking Pittsburgh Youth Study, which started with first-grade boys in the Pittsburgh Public Schools system in 1987 and is still continuing. The new research paper in Pediatrics analyzed 503 subjects’ answers about gun-carrying behavior from ages 14 to 21. About 56 percent of the cohort is African-American, with 40 percent white and the rest other racial groups. After the first survey, as first-graders, the boys were interviewed every six months for four years, followed by annual assessments.

Their parents also were surveyed, with questions about how often they talked over problems with their sons or did activities together. They were asked, “Do you enjoy being your son’s parent?” And boys’ teachers also were interviewed over nine years, answering questions about the boys’ behaviors.

“It’s the most extensive longitudinal study of males that’s ever been conducted in the U.S. in terms of the frequency of assessment and the breadth of the assessments,” said Pardini, who has taken over as the lead researcher for the Pittsburgh Youth Study.

“We found that gun carrying is a very transient behavior among adolescents,” Pardini said, adding that typically the subjects reported carrying a gun only one time in the past year.

“We don’t understand the dynamics of this. But it doesn’t seem like kids who are carrying handguns are doing so every day. It seems like they’re grabbing them and using them for potentially brief periods of time.”

Pardini also is the lead researcher of the Arizona Youth Survey, which is administered to students in eighth, 10th and 12th grades every two years. The 2018 survey results, released in December, included 48,000 students in all 15 counties and addressed drug use, violence and other risk factors. The results of that survey showed that more than 6 percent of eighth-, 10th- and 12th-graders surveyed in Arizona reported that they carried a handgun at least once.

The Arizona and Pittsburgh surveys are unusual because they ask specifically about gun carrying—not just “weapon” carrying, he said.

“We know that guns are what’s killing kids and are the most dangerous weapon,” he said.

The Arizona survey also asks specifically about gun carrying at school—a topic that Pardini is further analyzing. Because the number of students who take guns to school is so low—less than 1 percent of respondents—he has combined two years’ worth of Arizona Youth Surveys to get a large enough sample to study.

“That’s enough to look at what distinguishes kids who carry guns but not at school compared with kids who actually carry in school,” he said.

Pardini said he knows that people are interested in research that predicts mass shootings in schools, and it was the Sandy Hook school shooting in 2012 that led to a surge of federal grants for gun research after many years of that funding being blocked. But he said that mass shootings are too rare to predict.

“I feel like our focus should be on reducing the general likelihood that a kid carries a gun and targeting that rather than trying to focus on mass shooters because it’s too difficult to predict that behavior with any degree of accuracy,” he said.

“What’s sad is that it took these mass shootings for people to become interested in this topic but this has been a huge problem in the African-American community in terms of the amount of deaths that occur from firearm violence for decades and it’s been largely ignored.”

“If you’re not working with parents, the effectiveness of the intervention won’t be as robust.”

Longitudinal studies are difficult because the subjects have to be tracked down over the course of several years. The researchers were able to reach 80 percent of the original Pittsburgh cohort when they were in their mid-20s.

“It takes a lot of legwork because you have to go their homes or to people who know them. At every phase, roughly 10 percent of the sample was in prison so we have to go to the prisons to interview them. If they’re out of state, we interviewed them on the phone.”

The team has more research papers forthcoming on the Pittsburgh subjects, including analysis of how gun carrying actually transitions to gun violence.