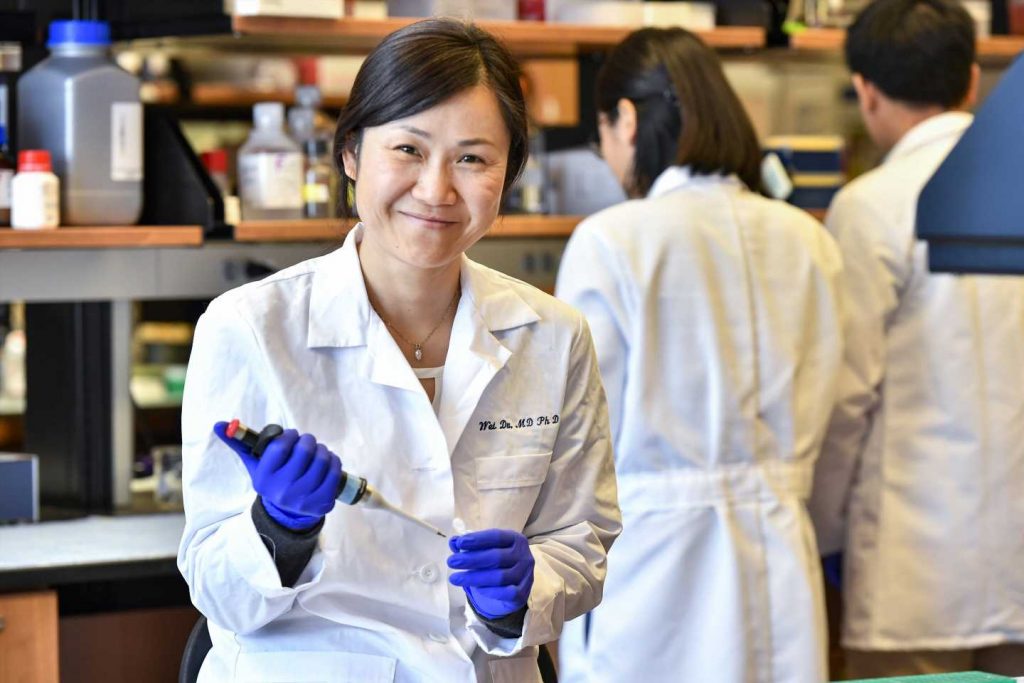 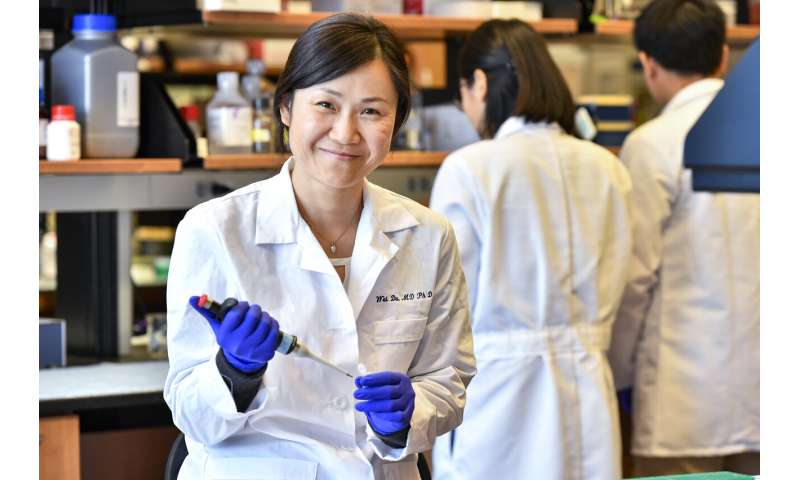 Most people with Fanconi anemia are diagnosed before they turn 12 but don’t live past 30. Wei Du—a researcher in the WVU School of Pharmacy and the WVU Cancer Institute—is exploring the metabolic processes the underlie this form of anemia. Her findings may lead to new gene therapies that help patients live better, longer.

Treating a stubborn blood disease that strikes children may come down to tweaking energy production in stem cells, suggests research out of West Virginia University.

Wei Du, an assistant professor in the School of Pharmacy, is investigating the link between how stem cells make energy and how Fanconi anemia develops. The disease makes it harder for bone marrow to churn out the blood cells our bodies need to fight illnesses, stanch bleeding and transport oxygen. It also makes repairing damaged DNA more difficult.

“Almost all of the kids with Fanconi anemia will develop leukemia eventually,” said Du, who co-leads the Alexander B. Osborn Hematopoietic Malignancy and Transplantation Program at the WVU Cancer Institute. According to St. Jude Children’s Research Hospital, the average lifespan for people with the disease is between 20 and 30 years.

Du and her research team discovered that, in animal models of Fanconi anemia, stem cells tended to use aerobic—or oxygen-based—processes to make energy. That’s unusual: normally stem cells found in bone marrow and blood prefer an anaerobic process that doesn’t rely on oxygen.

In fact, a single step in the metabolic process seems crucial. The researchers identified a specific signaling pathway—called the p53-TIGAR axis—that was overexpressed in the anemic models. The overexpression correlated to the aerobic “rerouting” of the stem cells’ energy production.

The current standard of care for Fanconi anemia includes bone marrow transplant, but as Du explained, it works less than one-third of the time. “In people with Fanconi anemia, blood cells aren’t the only ones that have a mutation,” she said. “So do other cells in other parts of the body that support stem cell survival.” For that reason, the patients’ bodies can’t support the replication of healthy, transplanted normal cells properly, and their anemia persists.

But Du’s findings could lead to new and better treatments for Fanconi anemia. One promising option is a drug that inhibits the overactivation of the p53-TIGAR signal. Preventing p53-TIGAR from inordinate activation may guide the stem cells’ energy production back to the usual pathway.