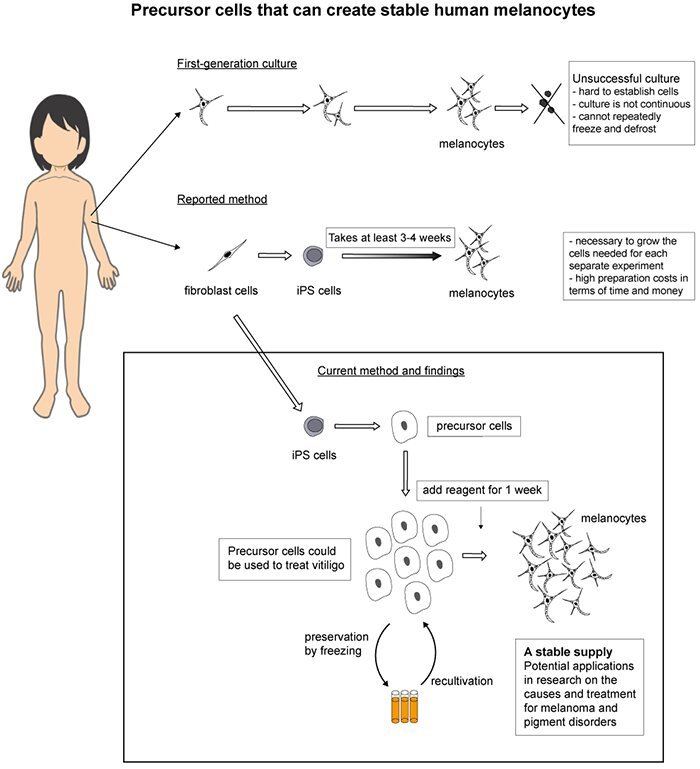 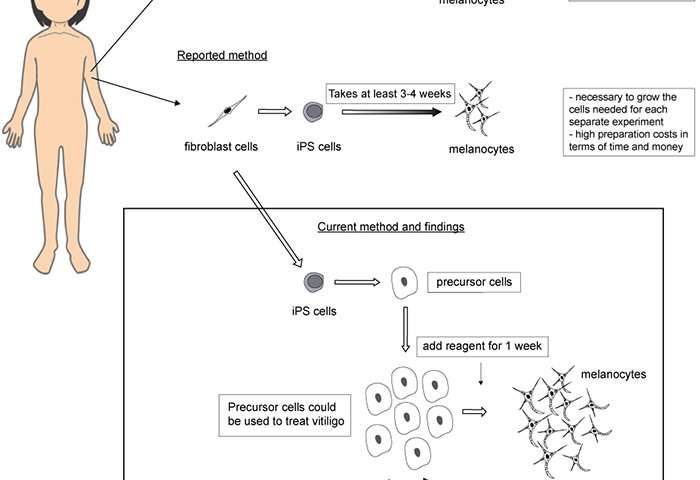 Our hair, skin and eyes are colored by a pigment called melanin, which is produced by pigment cells called melanocytes. Scientists have used stem cell technology to successfully create melanocyte precursor cells. These cells can be used in research on melanoma and other pigment cell-related illnesses. The findings were published on March 6 in the online edition of Pigment Cell & Melanoma Research.

Abnormalities in pigment cells can affect us in many ways, from genetic disorders such as albinism to freckles caused by aging. When melanocytes become malignant melanoma they cause a type of skin cancer called melanoma. To research and develop cures for these conditions, we need a stable supply of melanocytes. However, isolating melanocytes from human skin requires advanced techniques, and it is difficult to maintain stable primary cultures of adult melanocytes.

Induced pluripotent stem cells (iPS cells) are created from adult skin and blood cells, and they can be differentiated to become many types of human cells. Also known as “regenerative medicine,” stem cell technology enables us to grow cells that can be used in medical treatment and research.

There are already several known methods of creating melanocytes from stem cells. In these protocols, various signal activators (reagents) are added to the cell culture in sequential order during the differentiation process from iPS cells to melanocytes. However, it is very difficult and costly to create melanocytes within the short timespan demanded by medical research.