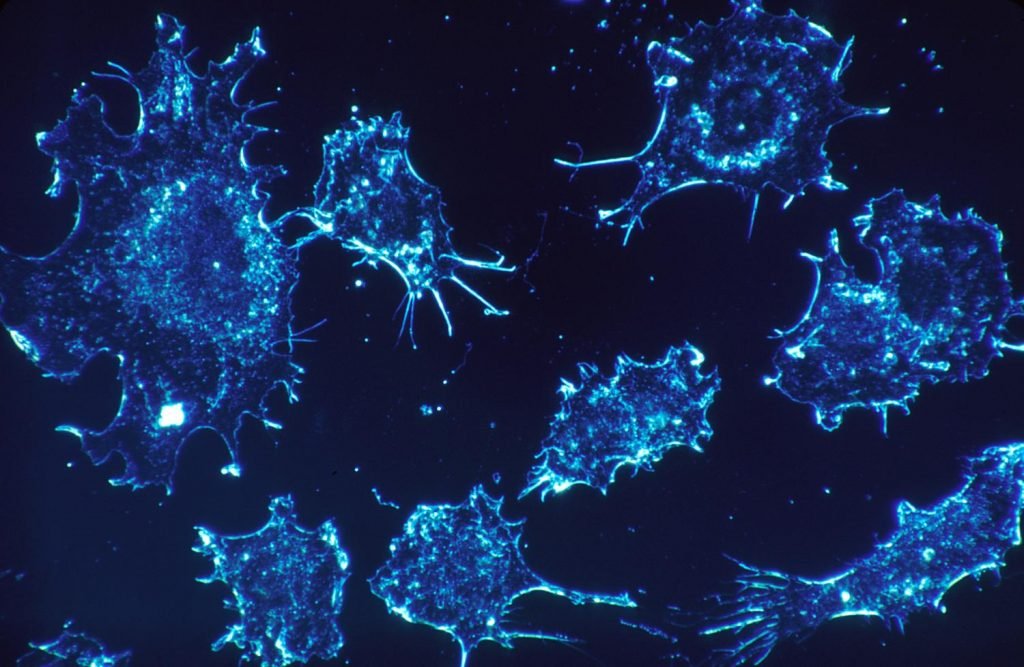 Researchers have identified a protein critical for the survival of a particular type of tumor cell, according to a study published today in eLife.

The findings, originally posted on bioRxiv, suggest that targeting a protein called Werner syndrome helicase (WRN) could represent a novel opportunity for treating a subgroup of cancer patients with microsatellite instability-high (MSI-H) tumors.

MSI is a clinically defined characteristic of cancer cells that harbor defects in DNA mismatch repair (MMR), the system for fixing errors that can occur during DNA replication. Defective MMR and MSI-H is observed in approximately 4% of all cases of human cancer, with particularly high prevalence in colorectal, endometrial and gastric cancers.

Treatment for MSI-H tumors has shifted recently with the approval of the immunotherapies pembrolizumab, nivolumab and ipilimumab. But while these drugs often lead to long-lasting positive responses in MSI-H cancer patients, eventual resistance to immunotherapy means there is still a need for more effective treatments.

“Targeted cancer therapy is based on exploiting the biological systems that tumor cells, but not healthy tissues, rely on for survival,” says senior author Simon Wöhrle, Principal Scientist at Boehringer Ingelheim Regional Center Vienna (RCV), Austria. “Before we can develop new treatments against MSI-H cancer cells, we first need to understand what it is that helps them to survive and thrive.”

As WRN loss is known to cause Werner syndrome, a premature aging disease associated with an increased lifetime risk of developing tumors, it has previously been suggested that the protein plays a key role in suppressing tumors. However, in contrast to this idea, the current results show that WRN possesses a striking pro-survival function for specific cancer cells.