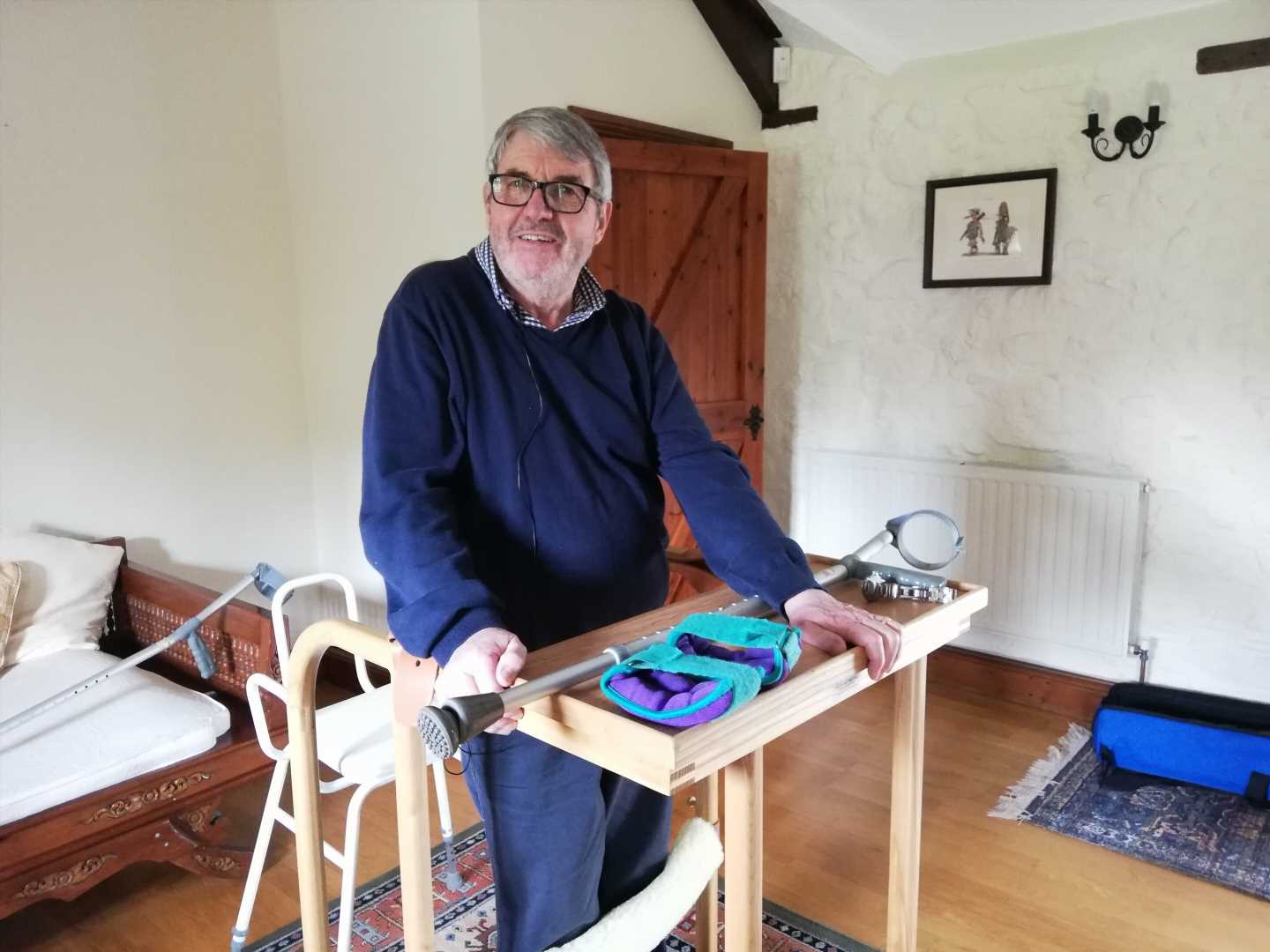 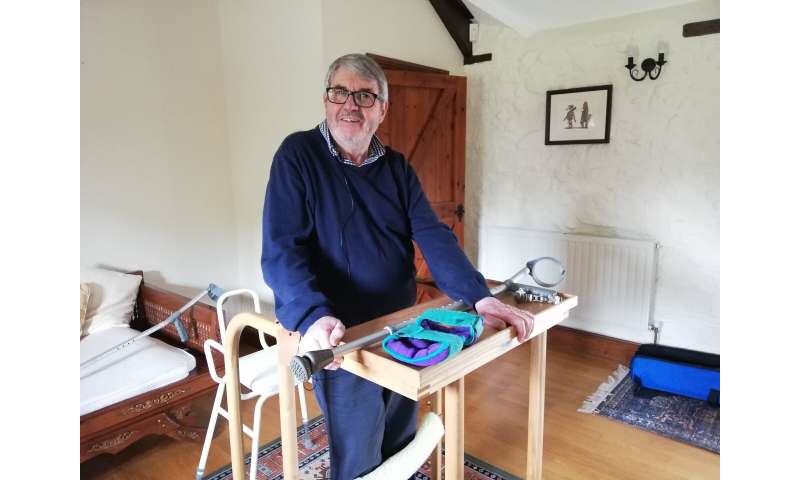 A new study has shown that people in the advanced stage of multiple sclerosis (MS) experience significant improvements in movement and balance thanks to a specialised standing frame.

Led by the University of Plymouth and published today in The Lancet Neurology, the study in people with progressive MS also showed that the intervention appeared cost-effective, leading researchers to conclude that it could be routinely implemented within MS care throughout the UK.

Around 110,000 people in the UK have MS; a lifelong condition that affects the central nervous system (the brain and spinal cord) and often leads to increasing disability.

The study, called Standing Up in Multiple Sclerosis (SUMS), was funded by the National Institute for Health Research (NIHR) Research for Patient Benefit Programme, and sponsored by University Hospitals Plymouth NHS Trust.

What is progressive MS?

Progressive MS often follows an earlier relapsing remitting stage, with the majority of people in the later stage experiencing walking difficulties, along with poor balance and co-ordination. As a result, many people spend much or all of their day sitting, which can lead to problems such as muscle weakness from disuse, pain, constipation, loss of movement at joints and pressure ulcers.

What does the standing frame do?

The Oswestry standing frame is designed to help slow the development of these problems in people in the more advanced stages of the condition, by enabling them to regularly stand and carry out strengthening and balance exercises in a supported position, with the help of a friend or family member if needed.

What did the study involve?

The intervention consisted of two home-based physiotherapy sessions (60 minutes each) to set up the standing programme, supported by six follow-up telephone calls. Participants were asked to stand for 30 minutes, three times weekly, over 20 weeks, with encouragement to continue for 36 weeks and beyond, although no further physiotherapy support was provided.

What did the results show?

Results showed that, on average, people who used the standing frame scored more highly on an assessment of their movement and balance function, as objectively assessed by a physiotherapist.

On average the intervention costs around £800, so the use of the standing frame also appeared to be cost-effective according to the criteria set out by The National Institute for Health and Care Excellence (NICE). This is an important factor when considering new interventions for use in the NHS.

In addition, participants assigned to the standing frame intervention reported experiencing personal improvements in their quality of life, such as their ability to balance and move about, reduced stiffness in their legs, and improved bladder and bowel control.

John Kendrick, 67, from Sparkwell near Plymouth, Devon was assigned the standing frame intervention and, after years of not being able to move a great distance, was able to walk his daughter down the aisle on her wedding day.

He said: “There is absolutely no doubt in my mind that had it not been for the standing frame, I would not have been able to walk my daughter into church to marry her husband. It was a challenge, using a crutch to help me and obviously holding on to her too, but I’m so proud I did it.

“With secondary progressive MS, my mobility has decreased and I’m starting to lose feeling in my right hand. But the standing frame, which I’m continuing to use, has helped to keep me mobile.”

Nick Jarvis, 43, from Norwich was also assigned the standing frame intervention, and described how it has changed his life.

“I’d used a standing frame briefly in physiotherapy sessions after being diagnosed with MS in 2011, but fast-forward several years and the option came up to take part in the SUMS study, which saw me have to use the standing frame at home. It was a little painful to begin with because I hadn’t really stood up in a long time, but it gradually became a hugely positive part of my day.

“Whether it was watching telly or playing a game on my phone, I would keep myself occupied while in the frame, and I went from using it for 90 minutes a week to 90 minutes a day. I now get around on foot at home roughly 70% of the time, on crutches or holding onto worktops for support, whereas I never walked at all before using the frame.

“I feel more positive, my core is stronger and my mood is so much higher. It really has been life-changing, so I hope more people like me can benefit from it in future.”

What the study authors say

Lead author of the study, Jenny Freeman, Professor of Physiotherapy and Rehabilitation at the University of Plymouth, said: “Mobility is a major concern for people with MS—not just in terms of standing and walking, but also, for example, moving about in bed. Nearly 25% of people with MS eventually become wheelchair dependent. However, very little research had previously taken place into how to preserve and improve mobility in people with more severe disability, or how effective the standing frame was for this patient group.

“This is one of the first physiotherapy interventions proven to be effective in this group of people and, as it was tested within an NHS context, it’s something that could be rolled out almost straight away.”

Dr. Wendy Hendrie, physiotherapist and investigator in Norfolk Community Health and Care Trust, added: “Professor Dame Sally Davies, the Chief Medical Officer, recently stated that maintaining activity in people with severe disability is vital to avoid the complications associated with a sedentary lifestyle. This study shows that people severely disabled by MS are able to improve their motor function and balance with regular frame standing and, importantly, are able to self-manage the intervention over the long-term in their own homes with the help of family or carers.