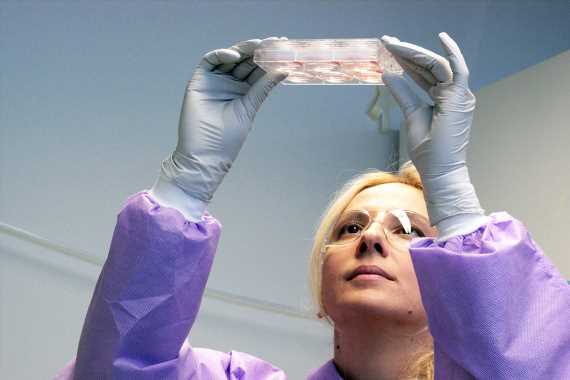 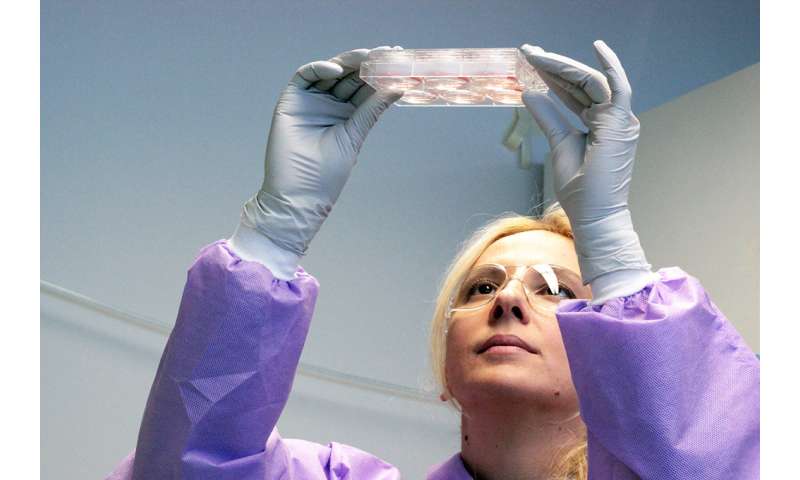 The genes necessary for the growth and survival of stem cells are influenced by the biomaterials on which they’re cultured, researchers at the University of Toronto have found.

The study by researchers at the Donnelly Centre for Cellular and Biomolecular Research found that different substrates, used to coat the surface of the lab dish for the cells to adhere to, can change the cells’ molecular states – and potentially their behavior – and should be considered in future research.

“Cells are often maintained on different substrates under assumption that the nature of the substrate does not make that much of a difference,” says Jelena Tomic, one of the lead authors on the paper and a research associate in the lab of Jason Moffat, a professor of molecular genetics at the Donnelly Centre.

While there had been reports that these biomaterials can influence certain molecular changes in cells, the extent of those changes had not been studied in detail – until now.

Writing in the journal Cell Reports, the U of T researchers used the gene editing CRISPR technology to study which genes are essential for embryonic stem cell proliferation. They found that two commonly used substrates have a much more profound effect on the cells’ molecular properties than previously appreciated.

The effect is thought to be caused by substrate molecules interacting with receptors on the cell surface.

In addition to Tomic, post-doctoral researcher Barbara Mair and graduate student Sanna Masud were also lead co-authors of the study. The study itself was done in collaboration with Senior Scientist Gordon Keller’s group at University Health Network, and was made possible thanks to the University of Toronto’s Medicine by Design initiative that supports regenerative medicine research through collaboration among experts from diverse disciplines.

Stem cells, like those found in an embryo, hold promise for regenerative medicine thanks to their unique properties. They can multiply to make more stem cells, and they are pluripotent, which means that under the right conditions they can turn into any cell type in the body. This makes them an ideal source of cells for generating tissue in the lab to study and treat disease. Over the last couple of decades, researchers have developed a variety of methods to maintain stem cells in a pluripotent state or make them turn into specialized cell types such as neurons.

“Every lab uses a different way of growing cells, it’s what fits your lab best,” says Masud. “But, our data show that it clearly makes quite a significant difference what you are growing your cells on.”

To investigate substrate effects, the team split the same batch of stem cells and multiplied them in dishes whose surface was coated with different substrates. One substrate consisted of a bed of immature mouse cells, known as mouse embryonic fibroblasts, or MEFs, which are thought to mimic the cells’ natural environment in the embryo. The other was laminin, a component of the matrix in which the cells are embedded inside the body. In addition to MEFs and laminin, several other substrates are used for growing stem cells, but their effects remain unclear.

The researchers were surprised to find the extent to which the stem cells were dissimilar at the molecular level depending on whether they were grown on MEFs or laminin. First, the scientists looked at differences in gene usage and found that as many as half of all genes that were turned on differed between the two cell populations.

Working with Toronto’s Centre for Commercialization of Regenerative Medicine, the researchers created embryonic stem cells that have an inducible CRISPR switch, allowing them to turn off, one at a time, all of the roughly 20,000 human genes to find those required for pluripotent cell growth. These types of studies were technically too challenging before CRISPR was developed a few years ago. The data revealed that cell proliferation in the pluripotent state in the two cell populations was maintained by partially overlapping sets of genes.

“People have anecdotally observed that the growth substrate can affect the cells’ behaviour, so that in itself is not too surprising, but the large extent to which it does [affect behaviour] is very surprising,” says Mair.

“Our study provides the stem cell field with data to assess how their substrate can inherently bias their cells’ genetic makeup even before they start doing any experiments.”