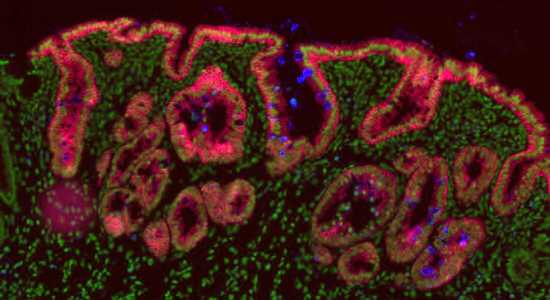 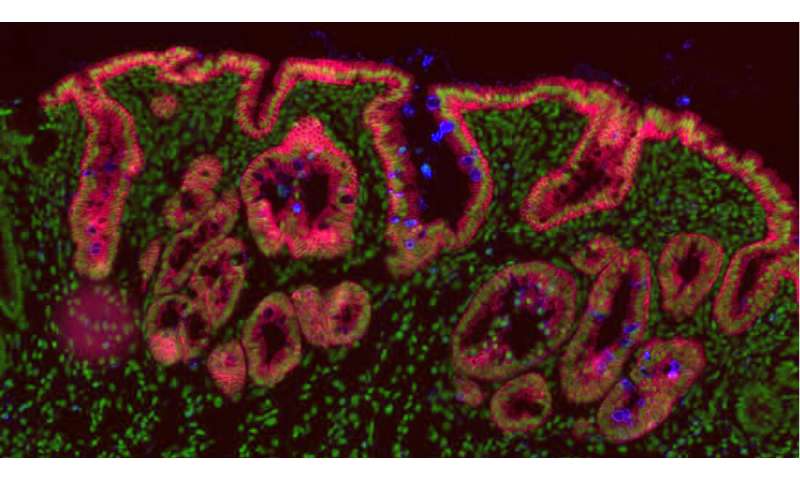 A sensational new study conducted at the University of Copenhagen disproves traditional knowledge of stem cell development. The study reveals that the destiny of intestinal cells is not predetermined, but instead determined by the cells’ surroundings. The new knowledge may make it easier to manipulate stem cells for stem cell therapy. The results have been published in Nature.

All cells in the foetal gut have the potential to develop into stem cells, a new study conducted at the Faculty of Health and Medical Sciences at the University of Copenhagen concludes. The researchers behind the study have discovered that the development of immature intestinal cells—contrary to previous assumptions—is not predetermined, but affected by the cells’ immediate surroundings in the intestines. This discovery may ease the path to effective stem cell therapy, says Associate Professor Kim Jensen from the Biotech Research & Innovation Centre (BRIC) and the Novo Nordisk Foundation Center for Stem Cell Biology (DanStem).

“We used to believe that a cell’s potential for becoming a stem cell was predetermined, but our new results show that all immature cells have the same probability for becoming stem cells in the fully developed organ. In principle, it is simply a matter of being in the right place at the right time. Here signals from the cells’ surroundings determine their fate. If we are able to identify the signals that are necessary for the immature cell to develop into a stem cell, it will be easier for us to manipulate cells in the wanted direction.”

Throughout life the organs in the body are maintained by stem cells, which are also able to repair minor tissue damage. A better understanding of the factors that determine whether or not an immature cell develops into a stem cell may therefore be useful in the development of stem cells for therapy and transplantation.

“We have gained greater insight into the mechanisms through which cells in the immature intestines develop into stem cells. Hopefully we are able to use this knowledge to improve treatment of non-healing wounds, e.g. in the intestines. So far, though, all we can say for sure is that cells in the gastrointestinal tract have these characteristics. However, we do believe this is a general phenomenon in foetal organ development.”

After the initial tests, the cells that researchers previously believed to be foetal stem cells were only able to explain a fraction of the growth of the intestines during foetal development. Therefore, they established a collaboration with mathematical experts at the University of Cambridge. And when they studied the data more closely together, they arrived at the surprising hypothesis that all intestinal cells may have the same chance of becoming stem cells. Subsequent tests were able to prove the hypothesis.

“The next step is to determine precisely which signals are necessary for immature cells to develop into the kind of stem cells we need. This is one of our research focusses,” says Kim Jensen.