Kids: we love ’em more than life itself, but man do they make that life difficult sometimes. It’s a dichotomy that every parent recognizes, and it’s flawlessly (and hilariously!) captured in the Roku Channel original series Children Ruin Everything, which is soon entering its second season.

Created by Golden Globe and Emmy Award-winner Kurt Smeaton (Schitt’s Creek), Children Ruin Everything follows a couple named James (Aaron Abrams) and Astrid (Meaghan Rath) through the trials and tribulations of raising a family. Young kids make pretty terrible roommates, as all parents know — and yet, for all they put us through, they enrich our lives in ways we can’t even explain. In the day-to-day drudgery of being parents, James and Astrid confront all the ways that kids change your life — from your identity to your personal goals to even the best-laid plans — and grapple with maintaining their pre-kid selves. But those struggles are also infused with the awareness that even though they’ve had to reinvent their lives (and themselves!), their new life as parents is pretty sweet too, even if it does look different.

When the first season of the show made its Canadian debut in January 2022, it was CTV’s #1 new comedy of the season and had the biggest debut for a Canadian comedy among the 25-54 demo since 2019, per Variety. Children Ruin Everything Season 2 will premiere exclusively on The Roku Channel on February 3, and SheKnows has a never-before-seen clip of what the new season will have to offer.

When Children Ruin Everything debuted, creator Kurt Smeaton told The Toronto Star that the show is actually “a love letter to parenting.” A dad of three kids himself, Smeaton explained that it all started when he read a study that said childless people are happier. At first he was offended, but those ruffled feathers turned into creative inspiration.

“[A]s I read the articles, I thought they made some pretty good points,” he said. “Like, yeah, it is time-consuming and expensive and frustrating. So I wanted to create a show that acknowledged that, but also showed the other side, which is having a family is worth it.” He didn’t want a show that sugar-coated the realities of raising kids like so many family sitcoms do; he wanted a show that highlighted both what you lose and what you gain by becoming a parent. 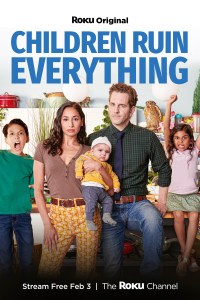 And with Children Ruin Everything, he delivered. The show’s first season saw relatable (if nightmarish!) scenarios that had every parent nodding in solidarity, like planning a kid’s birthday party while in the throes of the flu, remembering to keep the Tooth Fairy tradition alive, and being prevented from — ahem — having a little “private time.” But there’s humor in it all. “Raising kids is funny,” said Smeaton. “I’m in my pajamas, finishing kids’ cereal over the sink and getting them ready for school, listening to the theme song from ‘Paw Patrol’ (that’s) stuck in my head 24 hours a day, and there’s comedy to it.” 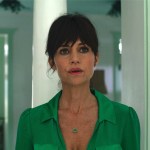 Season 2 of Children Ruin Everything will be available to stream February 3 on Roku TV.