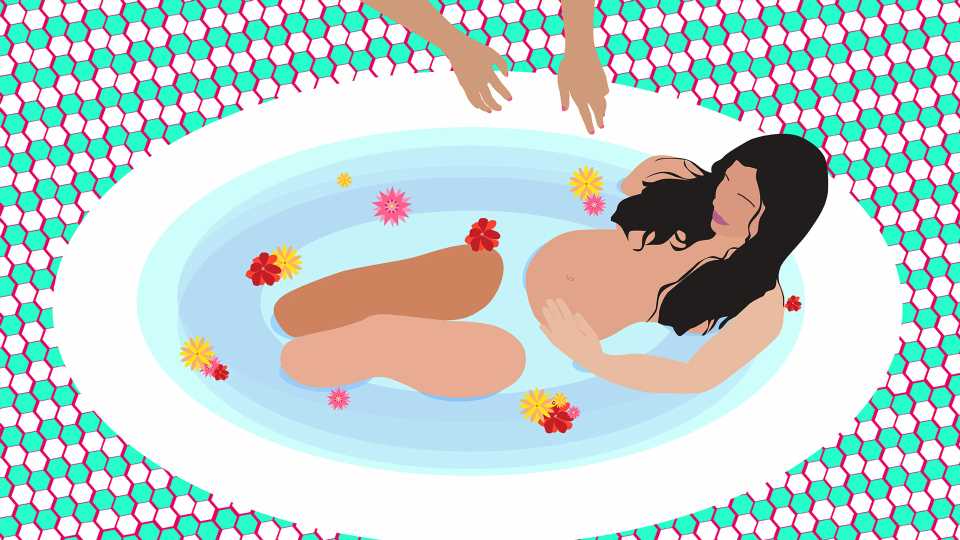 Maybe you know what a doula is. Maybe you don’t. Chances are, even if you’re familiar with what doulas do, you likely assume they’re a luxury only rich moms — you know, probably rich hippie moms who are giving birth in lavender-scented candlelit bathtubs at home in Park Slope or Berkeley — can afford. And sure, there’s a nugget of truth in that. But hopefully not for long. Wisconsin Congresswoman Gwen Moore (D-Milwaukee) has introduced a new bill regarding doulas and midwives, called the “Mamas First Act.” It aims to bring that experience of a midwife- or doula-assisted birth — something that, far too often, only women with money can afford — to low-income moms.

If this bill passes, it will be a huge step towards breaking down unfair socioeconomic barriers between poor mothers and the safe and healthy birthing choices they deserve. I should know; I’m a low-income mom who nonetheless had the benefit of a midwife and a doula at my first birth. And I still maintain those women were why my son thrived in the NICU.

On a freezing cold November morning in 2009, I lay in a hospital bed, elated and exhausted after spending 22 hours laboring without drugs. There were moments when I thought my lungs would be crushed or my ribs would crack. I was dragged through the tidal waves of contractions that were far bigger than I feared I could handle. And that’s why I’m forever grateful to my doula, Anna, who held my knees and kept me focused on the positives of what was happening. She walked me through every stage of the labor and birth process — and my son came screaming into the world in the wee hours of the next morning.

He was born a few weeks too early; a fact no medical doctor can explain. There was no clear reason for his early delivery. But when he was born, my son couldn’t eat; in the very beginning, breastfeeding seemed like it might be impossible. The only thing that made the situation better was my doula, Anna, who insisted on caring for me while I haunted the hospital’s NICU hallways. She expertly advocated for me and my baby, and together we helped my son to learn how to latch, I learned the importance of skin-to-skin contact, and Anna taught me how to speak up to NICU nurses when I needed to be heard.

My doula was the one who gave me the tools to advocate for my new and fragile family. I felt supported and encouraged in those first scary weeks of motherhood. Had Anna not been there, I would have felt completely alone — alone with my fears. The NICU nurses, while incredibly skilled, focused on my baby — not me. My doula, on the other hand, was there for me — for my mental, emotional, and physical health while I transitioned into becoming a mom.

Of course, most mothers don’t get the experience I was lucky to have. My midwife and doula were not cheap, and my insurance didn’t cover their fees. My husband and I paid $5,000 out-of-pocket over the course of my pregnancy, labor and delivery, and postpartum experience. How did we pull it off? Well, we took on extra jobs. We scrimped and saved. That $5K was a real struggle for us, but it was worth it. Of courses, for far too many moms, coming up with $5K for a doula and midwife isn’t just a year-long struggle; it’s laughably impossible.

The United States does an embarrassingly appalling job at protecting expecting moms. We rank number-one among all developed nations for the highest infant mortality rate, a whopping 71% higher than others. With 5.8 deaths per 1,000 babies born, we are hurting women and families through shamefully inadequate access to proper healthcare and support services.

So it’s rather shocking to me, as a mother, that it’s 2019 that we are just beginning to discuss the critical need for women of all economic levels to have fair and affordable access to the holistic support and preventative care that midwives and doulas offer.

The evidence on the positive impacts of doulas on low birth weights speaks for itself. According to a 2013 report in the Journal of Perinatal Education, a study was conducted that looked at “socially disadvantaged women” who were at risk for poor birth outcomes. Researchers divided the group into two groups; the first group of women had elected to have access to doulas throughout their pregnancies, labor and delivery, and postpartum, while the second group had not. The research showed that mothers with assistance from doulas were “four times less likely to have a low birth weight (LBW) baby, two times less likely to experience a birth complication involving themselves or their baby, and significantly more likely to initiate breastfeeding.”

Private Insurance companies are beginning to step up and see the light when it comes to the preventative care that a midwife or doula offers. Some companies will cover part or all of the cost of a doula and/or midwife (and will generally require that these professionals certified through a training program such as DONA International). It’s also worth noting that some hospitals now offer a nurse-midwife or doula as part of their standard labor and delivery team. But these steps, while positive, are simply not enough.

If the “Mamas First Act” can pass and become law in Wisconsin, it will be a major signal to women that their health is being taken seriously — and that the health and safety of their babies is a priority we must be vigilant about protecting. There is no reason why a country as wealthy as the United States should rank first in mother and infant mortality rates. Especially not when we do clearly possess the skills, training, technology, and knowldge to prevent these tragic deaths. Let’s hope that other states pay close attention — and start enacting similar laws to protect the health and safety of all mothers, regardless of income.