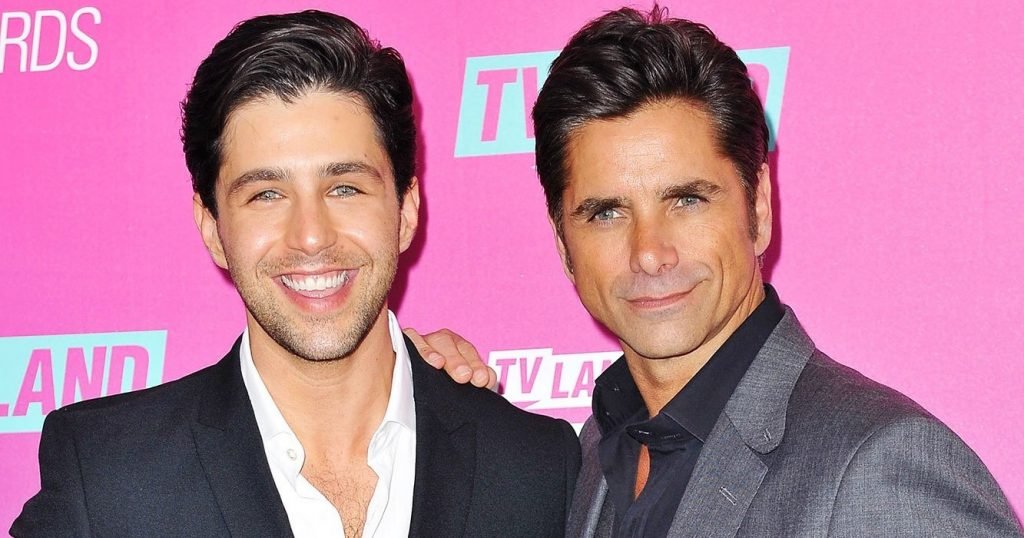 In the first photo, Peck held his 3-month-old son, Max, up above his face, while the Full House alum, 55, did the same with 11-month-old Billy. They held the little ones ever higher in the second pic, revealing their matching smiles.

Stamos and his wife, Caitlin McHugh, who tied the knot in February 2018, welcomed their son two months later.

“From now on, the best part of me will always be my wife and my son,” he wrote on Instagram in April 2018. “Welcome Billy Stamos (named after my father). #NotJustanUncleAnymore #Overjoyed.”

The California native opened up to Us Weekly exclusively about fatherhood that same month. “I FaceTimed [Billy] earlier and I cried,” Stamos told Us. “It’s more beautiful than I could have ever imagined and I dreamt of this for a long time.”

He added: “I’ve had Peter Pan syndrome and it’s time to let that go. Somebody ran up to me and was like, ‘You’re finally gonna look old now that you have a kid.’ I’ll take it!”

Peck just entered fatherhood in December 2018 when his wife, Paige O’Brien, gave birth, one year after their wedding. “Max Milo Peck,” the former Vine star captioned his reveal photo at the time.

The actors used to share the small screen, starring on Grandfathered as father-son duo Jimmy and Gerald from 2015 to 2016. They filmed a reunion video on the Fuller House set in April 2018.

In the funny footage, Stamos sat on the iconic blue and white couch when someone knocked on the door — and Peck was on the other side. “Hey, Drake,” he said, walking on. “Oh, God, I’m on the wrong show.”

“When worlds collide. #Fullerhouse guest,” the You alum captioned the Instagram post, revealing that his former costar would have a cameo on season 4 of Fuller House.