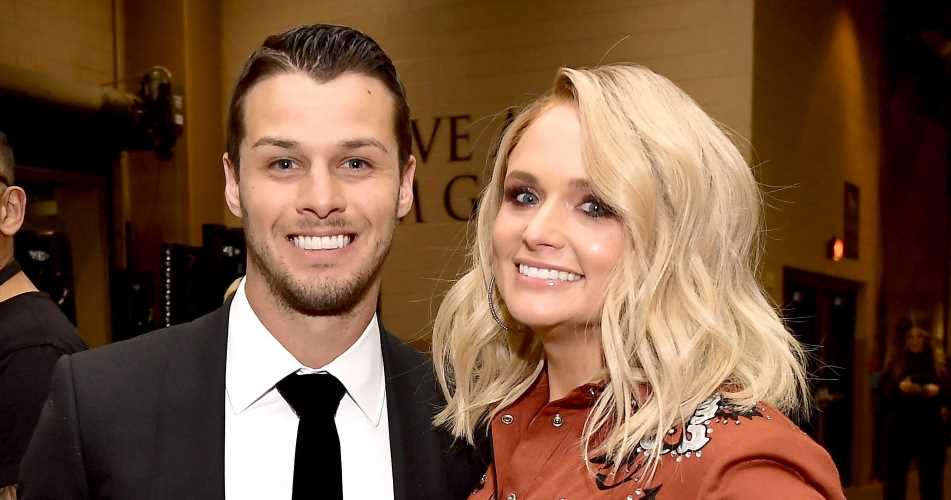 The next chapter! Miranda Lambert became a stepmother when she secretly married Brendan McLoughlin in January, and she is already loving her new role.

“My stepson is amazing,” the country singer, 35, told Extra while attending her annual Mutt March in Nashville with the New York City Police Department officer, 27, on Thursday, June 6. “I’m loving that whole phase, and I’ve raised a million dogs, so I feel like I’ve got that part of my womanly/motherly thing full, so this is a whole new journey. It’s great.”

Lambert and McLoughlin met in early November 2018 on the set of Good Morning America when she performed with her country trio, Pistol Annies. The ABC morning show films in Times Square, where the police officer was assigned at the time. Three days before the couple’s first encounter, McLoughlin welcomed his first child, a son named Landon, with his ex Kaihla Rettinger.

The two-time Grammy winner and the Staten Island, New York, native went on to marry in a low-key ceremony on January 26, but she did not announce the news until February 16.

“He’s a great guy and, bless his heart, he didn’t have any dogs or any animals at all when he came into this relationship, so he inherited a whole barn full,” Lambert told Extra on Thursday. “Marching with us today, he knows how important that is to me. He lives with a crazy dog lady. … I was like, ‘Hey, I got the dogs, you got the kid, we can mix and mingle.’”

These days, the newlyweds, who attended Billboard’s Country Power Players event together earlier this week, are splitting their time between Nashville and the Big Apple.

“We have the best of both worlds,” she gushed. “We spend time in New York, we get to see our adorable nugget, then we get to come back to the farm and have the quiet life. I’m enjoying the balance.”

Lambert was previously married to Blake Shelton from 2011 to 2015.