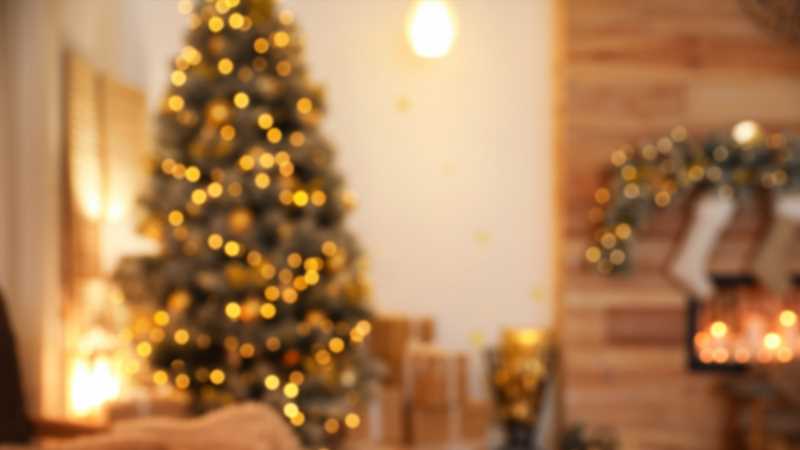 Every Christmas you put up your Christmas tree the same way, including how you string the lights. We are right there with you — wrapping the lights around and around the tree, right? Well, what would you say if we told you there was a viral post that claims there is an easier way to string lights at the holidays (via House Beautiful)? Just wait for it, because your minds might be as blown as ours.

A TikTok video is making the rounds that claims stringing lights vertically will lead to Christmas decorating with less hassle. Because let’s face it — when lights go out, it can be a huge pain to replace them on the tree. If you can even find the source of the outage! According to user Liz Lovery, the vertical light stringing method will also use less lights overall. Apparently this hack works, as at time of writing, this video had 1.7 million likes.

Lovery credits another TikTok creator, Clare Hooper, with the vertical Christmas light stringing hack. And while both women swear this is the easier way to make Christmas happen, according to Country Living, there really isn’t a “right” way to string your lights on your tree. That being said, a benefit of the vertical stringing method is that lights tend to get less buried in the branches if you ask Designer Francesco Bilotto. He says you are aiming to create a vertical “S” pattern as you zigzag your lights from top to bottom.

Real Simple seconds the notion that vertically hanging lights is a superior method. “The trick is to go up and down, not around and around,” David Stark, from Avi Adler, a Brooklyn floral and event design company, told the outlet. And would you be convinced if we told you the Rockefeller Center Christmas tree is decorated using the vertical method? David Murbach, manager of the gardens division says this approach enables “not just a shell of light but an inner glow and a three-dimensionality that cannot be achieved any other way.”