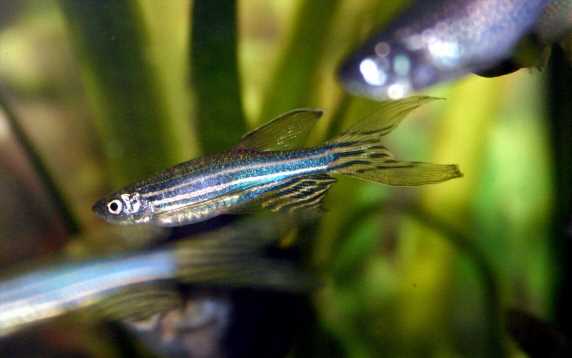 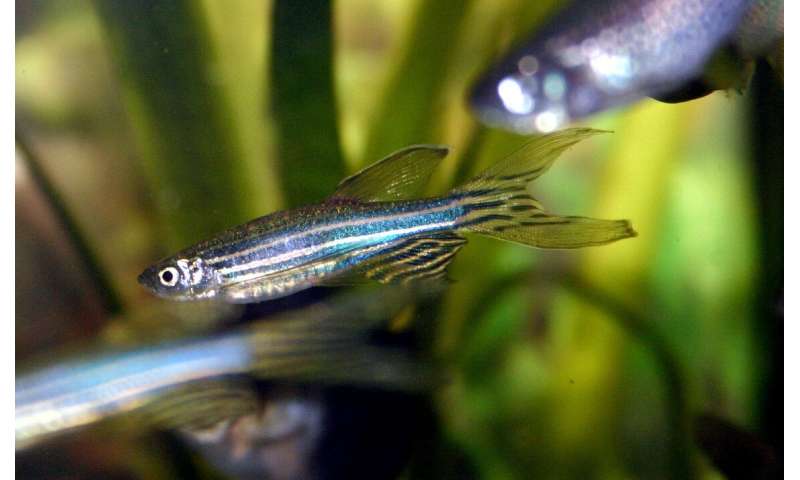 A close look at the rapidly developing zebrafish embryo is helping neuroscientists better understand the potential underpinnings of brain disorders, including autism and schizophrenia.

Researchers at The Ohio State University were interested in understanding changes in neurological development that arise from a genetic defect associated with neurological disease—specifically, the loss of a gene called Protocadherin-19, or PCDH19. The link between the mutation and brain disorders is well-established, but the mechanics of why one might lead to the other have been a mystery.

The new study, published online this month in the journal eNeuro, points to a “clustering” of cellular interactions in the brain that may disrupt normal development and brain health.

“Scientists have discovered hundreds of genes that give rise to schizophrenia, autism and other brain disorders, but nobody knows what specifically goes wrong as a result of these genetic mutations,” said lead researcher James Jontes, an associate professor of neuroscience at Ohio State and member of the university’s Neurological Institute.

“Our goal is to understand the cellular roles of these genes and how defects can lead to developmental changes in the brain.”

Zebrafish, or Danio rerio, are small tropical freshwater fish that appeal to scientists for a handful of reasons. Their embryos are transparent, they develop at warp speed and they share a significant chunk of DNA with people, allowing for an expedient and enlightening examination of developmental changes that could eventually have implications in attempts to thwart human disease.

Jontes and his collaborator, graduate student Sarah Light, wanted to see what happened neurologically when they introduced a PCDH19 mutation into zebrafish.

Using a high-powered microscope that allowed the researchers to watch cellular-level changes over time—an instrument that Jontes made himself—the researchers saw clear differences between embryonic development in normal “wild type” zebrafish and embryonic zebrafish in which they’d eliminated the PCDH19 gene.

“This is the first study to use functional imaging at a single-cell level to explore the effects of a mutation known to cause human neurological disease in a living organism, and we saw obvious differences in the brain architecture of the animals with the mutation,” Jontes said.

“This type of work has the potential to help us understand in more detail the relationships between genes and diseases including autism and epilepsy. We don’t understand exactly what these mutations do to brain structure and development in humans and if we can figure out what they do in fish, that will get us a long way toward some answers.”

Neurons form networks in the brain that are essential to human development, thought, function, behavior and emotion. In the altered zebrafish, the researchers were able to observe neuron-level activity with great detail.

And, with the help of advanced mathematical analysis designed to look for relationships between the neurons and patterns in their activity, they saw that the neurological networks in the zebrafish with the mutation were more connected, or clustered, than in the brains of ordinary zebrafish.

“We saw lots of interconnections between neurons in the mutant zebrafish. We don’t know exactly what that means, but it could mean that inappropriate connections are occurring between cells that wouldn’t normally interact. Maybe it becomes a problem when too many cells are incorporated into a network of neurons.”

Jontes said neuroscientists are intrigued by the fact that any number of genetic mutations have been linked to a given disease, such as autism.