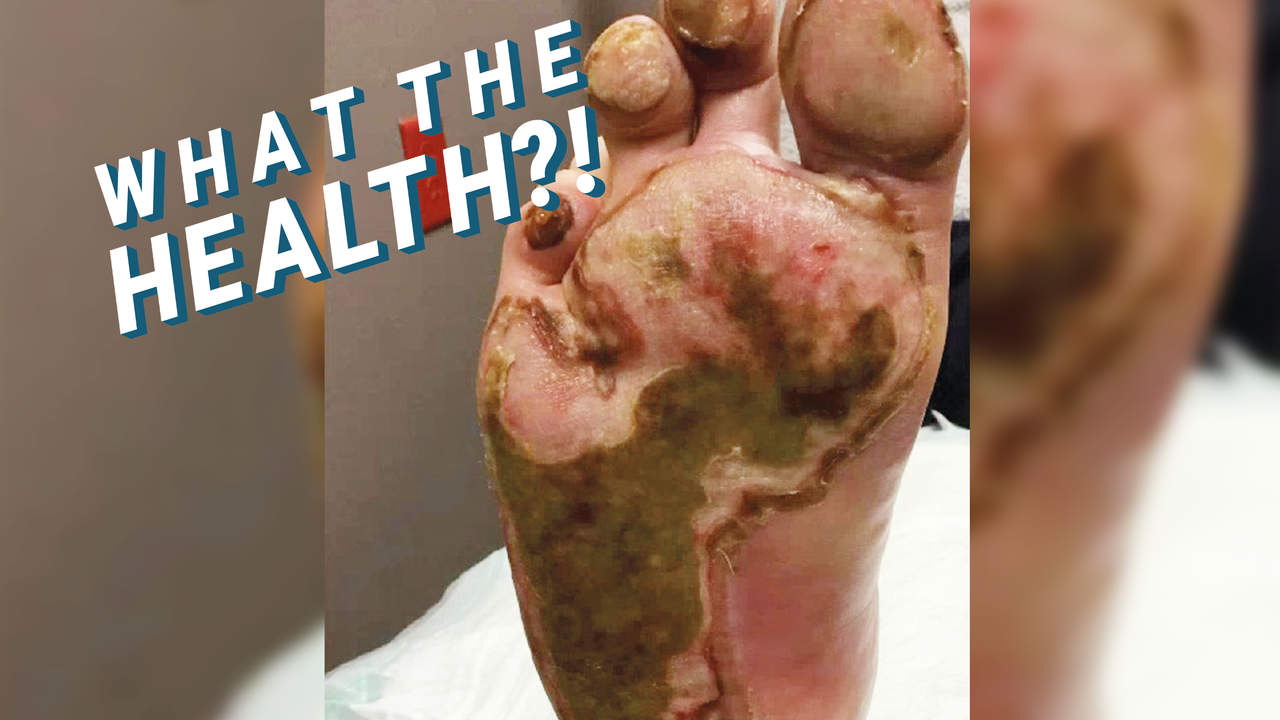 With summer comes all sorts of warnings about staying safe in the sun: Wear sunscreen, stay hydrated, reach for a comically-large, wide-brimmed straw hat when you can. But while you're protecting any and all skin that could come into contact with those rays, you should also be paying attention to one part of your body where the sun doesn't hit: your feet.

According to new research from doctors at the University of Nevada Las Vegas School of Medicine, exposure to pavement at the height of summer can be extremely dangerous to your feet. "At peak temperatures, pavement can be hot enough to cause second-degree burns in a matter of seconds,” per the new report, published in the Journal of Burn Care & Research.

The researchers analyzed 173 “pavement-related” cases of burn injuries that were seen over the course of five years at the Medical Center at the University of Nevada, Las Vegas. Most of the injuries studied were solely the result of pavement burns, a.k.a, when a person's skin is burned by touching hot pavement. Twenty-four injuries, however, were accompanied by other injuries, like friction burns.

Outside temperatures, of course, come into play here—and researchers found a common theme for when these pavement-related burns take place the most. According to the new report, about 90 percent of pavement-related burns studied occurred when the temperature was at least 95 degrees Fahrenheit. “The risk of pavement burns in areas of direct sunlight begins around 95 degrees Fahrenheit and increases exponentially as ambient temperatures rise,” the research says.

The authors of the new report say that pinpointing the temperature at which your chances of suffering a pavement burn increase will help care providers, first responders, and others bring down the number of pavement burn cases. “This information is useful for burn centers in hotter climates, to plan and prepare for the coordination of care and treatment,” said study lead author Jorge Vega, MD, in a statement “It can also be used for burn injury prevention and public health awareness, including increased awareness and additional training to emergency medical service and police personnel when attending to pavement burn victims in the field.”

As for who's most at-risk for pavement burns, researchers said “children and confused persons,” who might not consider the damage that can be done by coming into contact with hot pavement, are the likeliest victims, in addition to people with certain disabilities or those suffering from seizure, stroke, or other trauma.

Dr. Baruch Fertel, an emergency department physician at Cleveland Clinic, tells Health that people who suffer from neuropathy, a condition in which a person's nerve endings don't function properly, are also more likely to suffer from these severe burns. That's because people with healthy nerve endings will immediately know if they’ve stepped on a surface that’s dangerously hot (and will jump right back off) whereas people suffering from neuropathy may not. “They’re very prone to getting injured because they don’t have that warning,” Dr. Fertel says.

Luckily, it's easy to protect yourself and your family from severe burns, like investing in protective footwear that will fully cover your feet when you're walking on hot pavement or sand. And if you or your children have to walk anywhere without proper footwear, like on concrete surrounding a pool, you should feel the concrete before letting your children walk barefoot or play on it—kind of like a pavement check at first. “Just like [parents] check the bathwater, parents should take a quick look and feel [and ask], ‘Is it okay?’”