You might have heard from people who've had them just how painful passing a kidney stone can be. (Or maybe you've even experienced it first-hand.) Now, thanks to a woman who shared a video of a kidney stone that her boyfriend passed, you can get a close-up look at what the pain-inducing stone looks like—and it's freaking out a lot of people.

"My poor boyfriend just peed this out," TikTokker Lauren Arrow wrote over the November 16 video of herself poking at a jagged-looking stone with a pair of tweezers. "Poor urethra. I never knew kidney stones could be so evil. Look at that sharp little razor tip."

People sounded off in the comments of the video, which has been viewed 6.8 million times. "I had one two years ago that size. I thought I was going to die," one person said. "New biggest fear unlocked," someone else wrote. "I am never using my kidneys again," another person joked.

Arrow and her boyfriend, Solomon, ended up doing a follow-up TikTok, where they answered a slew of questions about Solomon's experience with what the couple playfully called "the Stone of Doom." "It was pretty mild compared to some other kidney stones that I've passed," Solomon said. "It really hurt my right lower quadrant of my abdomen… This did not cause me permanent damage."

The videos—and people's freak outs over them—raise a lot questions about kidney stones. Here's what you need to know.

What are kidney stones?

Kidney stones (aka, renal calculi) are hard, pebble-like pieces of material that form in one or both of your kidneys when you have high levels of certain minerals in your urine, according to the National Institute of Diabetes and Digestive and Kidney Diseases (NIDDK). "As these substances accumulate in the kidney and harden, they begin to form a crystal," S. Adam Ramin, MD, a urologist and medical director of Urology Cancer Specialists in Los Angeles, tells Health. "When multiple crystals accumulate and join together in a more compact form, we end up with a pebble-like formation, called a kidney stone."

The exact size of kidney stones can vary but "some can get up to 20 millimeters or more," Brian Lane, MD, PhD, a urologist with Spectrum Health in Michigan, tells Health. (The kidney stone in the viral video was 5 mm. In a follow-up video, the couple compared the stone's size next to a penny, which is 19 centimeters in diameter.) Kidney stones can be smooth or jagged "with different angles, edges, and shapes," Dr. Lane says.

Most kidney stones are calcium stones, made from calcium, according to Dr. Lane. But, he adds, "there are more than a dozen types [of kidney stones], some of which can be formed completely from medicines or from taking too much of certain things, like caffeinated soda." Other types of kidney stones include uric acid stones, which may form when your urine contains too much acid; struvite stones, which may form after a urinary tract infection (UTI); and cystine stones, which can develop if you have cystinuria, a disorder that leads to high levels of the amino acid cystine in your urine.

Unfortunately, kidney stones are pretty common. About 11% of men and 6% of women in the US will have a kidney stone at least once in their lifetime, the NIDDK says.

What are the symptoms of a kidney stone?

The symptoms of kidney stones are usually pretty noticeable. According to the National Library of Medicine, signs of a kidney stone that needs a doctor's help include:

A doctor will diagnose a kidney stone with urine, blood, and imaging tests.

Who is at risk for developing kidney stones?

Technically, anyone can get kidney stones. However, the NIDDK has a laundry list of factors and conditions that can put you at a higher-than-average risk of developing them. Those include:

People with the following health conditions are also at greater risk:

Certain medications, like diuretics, calcium-based antacids, anti-seizure drugs, and some medications to treat HIV infection, can also raise your risk.

How are kidney stones treated?

Small kidney stones may be able to pass through your urinary tract without treatment. If you think you can pass it on your own, your doctor may have you drink a lot of liquids to move the stone along and may prescribe pain medicine, the NIDDK says. But if you have a larger kidney stone, have a stone that's blocking your urinary tract, or have a stone that's leaving you in a lot of pain, you may need to have it treated by a health care provider, Dr. Ramin says.

That can include undergoing something called shock wave lithotripsy, which uses sound waves to try to crack and break up the stone so that it's more easily passed, Dr. Ramin says. Another series of procedures, called cystoscopy and ureteroscopy, have your doctor look inside your urethra and bladder to find the stone and then try to remove it or break it up. A percutaneous nephrolithotomy is another option: This happens when your doctor inserts a tool directly into your kidney through a small incision in your back to locate and remove the stone, the NIDDK says.

If treated in a timely manner, complications of kidney stones are rare. But if you let them go untreated, the NIDDK says they can cause complications such as blood in the urine, severe pain, UTIs, and loss of kidney fucntion.

How can you lower your risk of developing kidney stones?

Again, some people have underlying health conditions that put them at greater risk of developing kidney stones. But in general, there are a few things you can do to lower your risk:

If you've had several kidney stones, your doctor may also recommend that you take certain medications to lower the risk you'll develop more in the future, according to the NIDDK. (The exact medication will vary, depending on the type of kidney stones you've had.) And if you happen to have hyperparathyroidism which, again, is a condition that causes too much calcium in your blood due to out-of whack parathyroid glands, your doctor may recommend surgery to remove your parathyroid gland.

Bottom line: You don't need to suffer through kidney stones. Talk to your doctor if you're experiencing them. 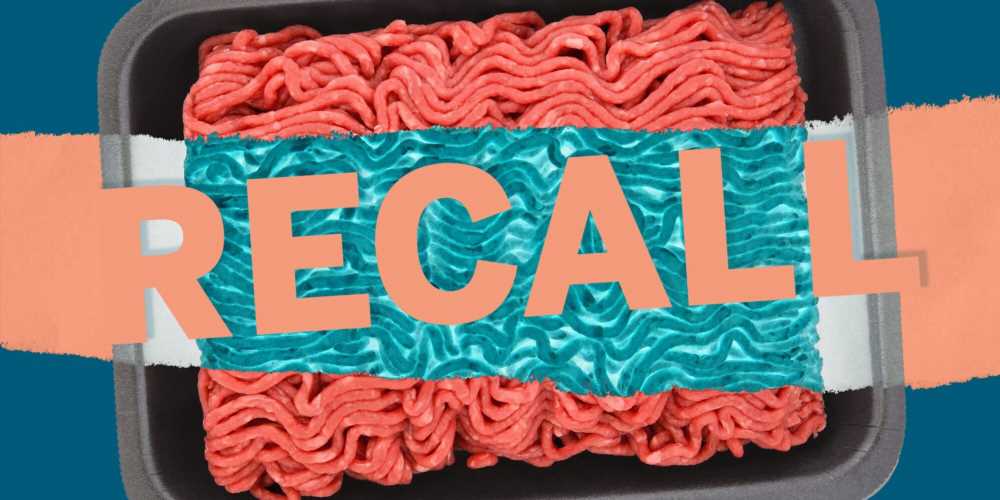 More Than 28,000 Pounds of Ground Beef Have Been Recalled Due to E. coli Concerns 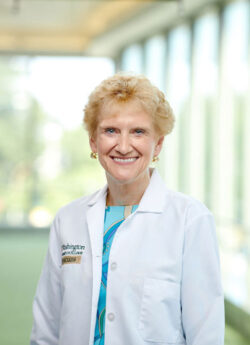