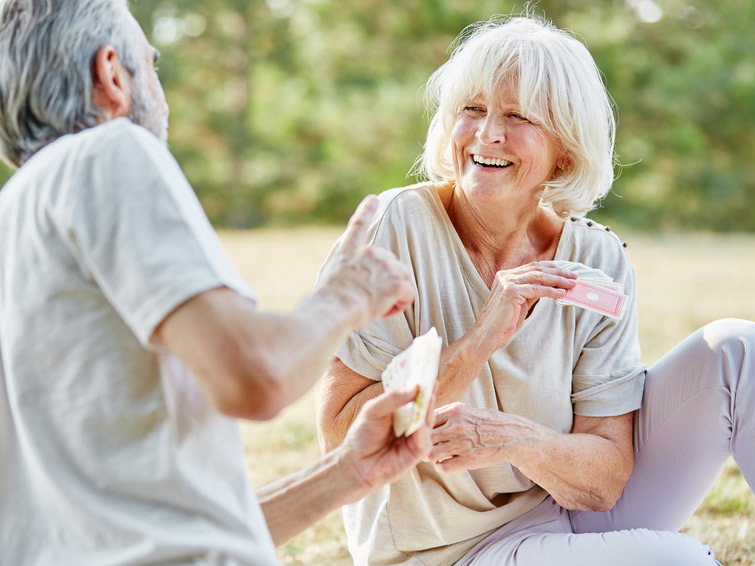 The nervous system of the elderly, apparently, can be selectively brought into Balance by being stimulated by low flows on the ear. This not only improves the well-being, but also quality of life, mood and sleep, as scientists from the University of Leeds reports.

For two weeks, once a day a quick thrill on the ear: the researchers stimulated a major cranial nerve, called the vagus nerve. In addition to positive psychological effects showed that this treatment could also have significant physiological benefits that contribute to healthy aging.

The participants reported that they slept better and that their mental health treatment benefited. There was also evidence that the Balance of the autonomic nervous system, which is not subject to our arbitrary commands below, changing in a healthier direction. Particularly pronounced this effect in people whose Balance was previously disturbed was stronger.

Dr. Beatrice Bretherton from the School of Biomedical Sciences at the University of Leeds, said: "The ear is like a gate through which we can influence the metabolism of the body, without the need for drugs or invasive procedures. We have seen great reactions to the treatment."

Earlier you stimulate the vagus nerve to treat depression, epilepsy, obesity, stroke, Tinnitus or heart problems. For electrodes in the neck area were used. In Leeds has been used to a small Branch of the nerve to the ear, so that for the treatment no surgery was required. 29 healthy Volunteers aged 55 and over received over a period of two weeks, 15 minutes per day is a treatment and learned to perform them at home.